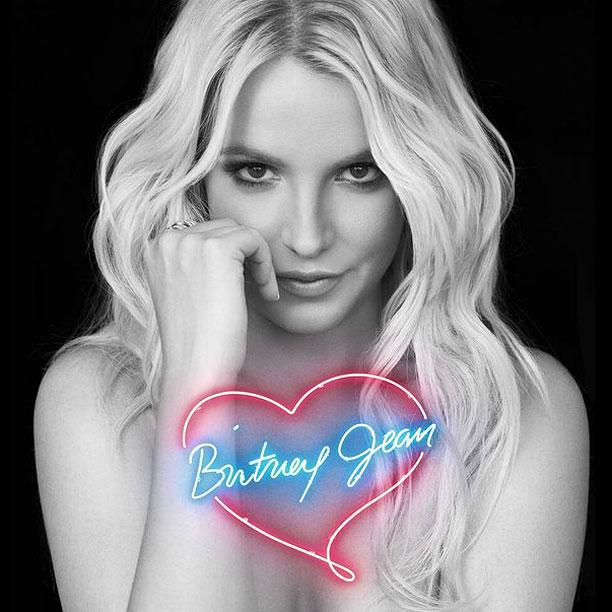 Editor’s Introduction: What a year 2013 has been! Between releasing “Run in Circles” with Vestron Vulture [link], the “Contagion EP” [link], being called The Future of Electronica in Sykomindz Magazine [link], moving into the city of Pittsburgh, and a million other undertakings that will be reflected upon in this blog’s yearly wrap-up article, the blog has taken quite a backseat. In hopes to catch up before the year’s end, there will be several super-articles compiling all that has been missed in the last 12 months.

This particular article features several mini-reviews of records released this year. We featured catch-up articles like this in July, have part one of these mini reviews here and will stop at nothing until all of the interesting releases have been reflected upon. Let’s get started…

Upon the release of her 2011 record Femme Fatale, we praised Britney Spears records in general for maintaining a higher level of pop enjoyment than the majority of her contemporaries [link]. Regardless of the musician’s personal struggles, catchy songs and interestingly engineered music thrived. It’s also to be noted that Britney Spears the entertainer is a brand and since 2007 has continuously relied on marketing upcoming projects as “comebacks”. When the Femme Fatale comeback marketing approach failed, team Britney remained stunned, but concept videos for “I Wanna Go” and “Criminal” took their place – in essence, gratifying the music, tour, and overall year in Spears music. The empire triumphed like always.

But, what happens when a one-trick pony marketing stunt that worked so well for so long begins to diminish? Well, Team Britney stars to ponder. How about we make the pop star honest? What if we one up her “human being appeal” shown as a judge on X-Factor by taking a residency in Las Vegas? What if we bring in the musician she scored a huge hit with on “Scream & Shout” as the executive producer on the new record? This all sounds great, right? Sure, if it were done properly, but Britney Jean contradicts everything it seemingly stands for from the first note, almost to the last.

While the William Orbit produced “Alien” ironically speaks lyrical volumes in terms of human loneliness, the amount of pitch correction goes absolutely haywire during several instances of the song (most notably the bridges), inevitably devaluing, hindering, and killing any virtuous tendencies the track has. While overproduced vocals is something we’ve obviously come to expect from Britney Spears records, the amount of correction applied to the main vocal lines of this song are too much, even if they’re going for a peculiar approach to the song to fit with the extraterrestrial theme. However, despite this mishap, “Alien” remains one of the more law-abiding songs in terms of staying true to the revealing matter Britney Jean promises to deliver.

Where the record dispatches emotion most accurately is on the Sia penned/Keith Harris & Chris Braide produced second single “Perfume”. A mid-tempo song in composition, sounding in the vein of something Imogen Heap and Guy Sigworth would produce on a Frou Frou project, Spears takes a trip down infidelity lane while creatively holding on to the unspoken confessions of a paranoid lover. Expressing her disdain for her cheating boyfriend, she ensures the scent of her perfume is strong enough on him so that the other woman inadvertently understands the adulterating activity through fragrance.

Too bad the video turned into a full blown predictable advertisement for Britney Spears’ perfume collection. Want to see the original Joseph Kahn vision? So does he. So do we.

“Passenger” also follows through on an approach to vulnerability, especially on the introduction to the song, but predictably suffers the same fate a “Alien” and utilizes background singers for higher notes more than Britney herself.

The rest of Britney Jean is consists of the predictably simple EDM-influenced pop music that executive producer Will.I.Am has come to make in recent times. Also, how the lead single “Work Bitch” demonstrates a sense of personal touch is beyond anyone’s comprehension. “Til It’s Gone” is filled with the cringe-worthy lyrics “I’m blind from the tears that fall like rain, so lost ever since you went away” and while “Tik Tik Boom” does create a distant-throwback to “(I Got That) Boom Boom” from In The Zone, it falls flat. “Body Ache,” if anything, holds the key to more elaborate production, but even at that has uninspiring melodies that only excite at the more modulating aspects of the programmed synths within the song.

By the time “Chillin’ With You” comes on, which is an apparent move to market Jamie Lynn Spears try music career [link], it’s time for some red and white wine. The whole bottle. Everything from the engineering and production of the following tracks are calculated to be so cohesive and same sounding that it’s boring. Something a Britney Spears project has never been. Ever.

Ask anyone on the planet and they’ll tell you that break ups are hard. In fact, they’re so gut wrenching in certain situations that leaving the bed seems like a task too difficult to bare. Don’t tell any of this to Brian Oblivion or Madeline Follin, the duo behind Columbia signed Cults, because the two already know all about about endings and beginnings. After all, Static was inspired by their own decision to call off their romantic kindling and trudge on as friends. Oblivion explains in an interview with SPIN, “…once we got off tour, we spent two months apart, traveling and doing weird stuff. Then we came right into the studio, and we’re supposed to work together. It was fine, because we’ve always been cool.”

What’s noticeably different between Static and their 2011 self-titled debut is a focus on more live pop/rock driven moments, compared to the stripped mid-twentieth century melodies and compositions. It’s a step in artistic growth that’s extremely respectable in that the roots of their beginnings are still at the forefront of this new record, but growing messages and talent are transparent and translated wonderfully. The lead single from the project, “I Can Hardly Make You Mine,” shines a light on these transitions with the most precision. Inside of the song, there are sprinklings of their signature vocal samples buried in the right channel of the mix, with blaring guitar layers, and an extremely unexpected stereo image effect in the middle of the song that seemingly unbalances the mix through panning the main guitar line to the left, and the drone to a hard right.

Elaborate musical ideas are also fascinatingly expressed in a pairing of their second single “High Road” [link to review] and “Were Before”. This is perhaps one of the more outstanding moments in Cults’ blossoming catalog of music so far in that the musical motifs inside of both of these songs relate to each other, most specifically in terms of lyrical melody. If “High Road” is the articulation of wishing one could have been the better person, then “Were Before” is the aftermath of it, the grieving process within the consequence of the low road. Madeline scores impressive high notes in the opening verse, with Oblivion taking front and center in this immaculate duet that’s as much of a divulging as it is dexterity.

“TV Dream” outstretches an unnerving vibe mostly explored in early Country music, but with a whistling Twilight Zone twist, then leads into an even more of a sketchy alley way on “We’ve Got It”.

“No Hope” recalls a derivative of the opening song “I Know”. In fact, the entirety of Static is as striking as the aforementioned songs. They’re perfectly executed and solidifies Cults as an act able to craft optimistic charm and thought provoking honesty in both light and trying moments.

Days are Gone by HAIM

Danielle, Alana, and Este Haim have seemingly taken the world by storm. After positive reviews of their Saturday Night Live performances, mass praise throughout every channel of journalism, and a diverse debut album called Days are Gone, the three sisters who chose their last name HAIM as their moniker surely deserve it.

Most notably compared to Fleetwood Mac, we see Danielle Haim stylizing her vocals in a realm closer to Esthero. In fact, upon first listen, we checked several times to make sure Esthero was not affiliated with HAIM in any way, shape, or form. Hint: She isn’t. Regardless, the trio have cited a ton of influences from TLC and Destiny’s Child to Jessie Ware and R&B styles in general. While the songs on Days Are Gone are more pop/rock influenced, it’s the sensational amount of vocal harmonizing that truly displays these influences and gives their music an even more versatile approach.

“Falling,” the album’s opener, contains an ever evolving vocal melody that is as accessible as it is complicated. Funked bass, multiple subtle synthesized portions, and complicated percussion lines truly summarize Days Are Gone from the very beginning. From the organic “My song 5” to the folk-influenced “The Wire” and pure pop “Don’t Save Me,” this is a phenomenal first look at the artistry these girls are capable of. In fact, it’s so mesmerizing and pure that its chemistry can best be described by giving it a listen.