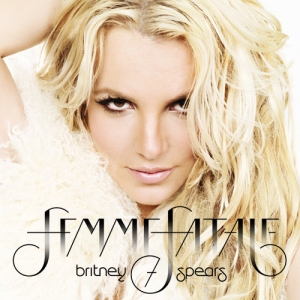 I like to treat Britney Spears’ albums as collaborative science projects from various songwriters, producers, audio engineers, and other creative individuals in the music industry. She doesn’t write any of her lyrics, she doesn’t do a lot of her own backup vocals, hell, she doesn’t even dance anymore, but because of her and everyone around her – every single Britney record comes off as an extremely solid attempt at energetic, carefully mapped out Pop music.

FIRST, LET’S GET THIS VERY OBVIOUS ISSUE OFF THE TABLE. IS IT LOUD IN HERE OR IS IT JUST ME? NO, YOU HEAR IT TOO? OKAY. GOOD. FEMME FATALE IS AN EXTREMELY COMPRESSED RECORD WHICH IS SOMETHING THAT HAS BASICALLY BECOME A TRADEMARK INSIDE MAJOR RECORD LABEL TOP 40 MUSIC – ESPECIALLY THEIR KEY ARTISTS. LET ME TURN DOWN THE VOLUME SO I CAN STOP SCREAMING AT YOU.

Interestingly enough, when taking a listen between Femme Fatale up against albums like Christina Aguilera’s Bionic (which only scored DR 6 on the Unofficial Dynamic Range Database, while Britney’s last record Circus rated a healthy DR8), Britney’s record holds a nice amount of punch, groove, and feeling over a few of her pop contemporaries. You wouldn’t think that Team Spears would care much about taking time to ensure our ears aren’t bleeding from the inside out, but they do and it’s much appreciated. In fact, the only time loudness is a negative thing on this record are the less layered tracks “Gasoline” and “Criminal”.

Why you would have all the instruments pushing as hard as they can with a vocal soaring above all of it on a song as well put together as “Criminal” is beyond me, but in terms of songwriting and instrumentation, this is one of the winners of the album. It’s straight traditional 21st century folk-pop in the vein of early Cher & Music era Madonna.

The true winner?  The Rodney Jerkins produced “He About to Lose Me”. The song takes a rather sparse approach to production (basic percussion loop, nice repetitive guitar sounds, and a slow evolving Synth) and beautiful vocals provided by the song’s co-writer Ina Wroldsen (as well as Michaela Shiloh). And are you ready for the killer? Jerkins tweeted that there is absolutely no Autotune on Britney Spears’ vocals on this track! A treat for our ears in an audio world that is absolutely drenched in perfection because of the Antares plugin.

Vocal effects aren’t always the bane of our ears existence as shown in the Robyn-esque “How I Roll”, which displays a playful pitch-bend and time stretched vox . The Will.I.Am penned “Big Fat Bass” also falls in this category. Even though the track suffers from a headache inducing bass (which is somehow the point of the song?) Britney’s vocals are cleverly wet with Autotune and have boosts in the higher frequencies of her voice that give a nice contrast to the high-energy buildup in the song’s low end.

Overall? Don’t hold this review against me. We aren’t listening to Bach. Femme Fatale is a pop record and accomplishes all the things a modern pop record symbolizes.