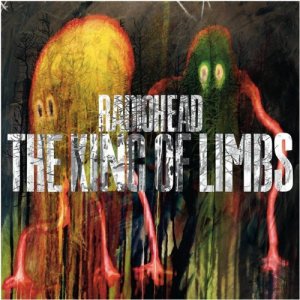 To say Radiohead doesn’t cater to almost everyone’s personal listening preferences would be a lie. 2011’s The King of Limbs follows suit with it’s preceded In Rainbows in that they both share innovation in their distribution. While Rainbows allowed you to name your own price, with several options for physical copies, Limbs provided a spreadsheet of set prices and formats to choose from, including WAV or MP3, or a “newspaper album” that featured two vinyl’s, photographs, and a CD.

However, even given the option of going with consumer or audiophile methods, there are several complaints that the album’s mixing and mastering is not handled with much love. More often than not, the bass (and at times percussion and Thom Yorke’s vocal) is over-compressed and high in the mix, causing problems on the more experimental tracks like “Feral,” which suffers from a lack of build throughout the song’s barely three minute run. “Bloom” & “Give Up the Ghost” also degrade from this decision, having the songs sound loud from start to finish, creating issues in the albums fluidity into the next track.

Although the Unofficial Dynamic Range Data base gives the album a rating of DR5,  loudness is not always a negative thing or that big of an issue. Compression and EQ thrive through most of the percussion, aiding the rhythms with quick and effective punch (see “Separator”). The mixing also provides a nice foundation for tracks which give different instruments time and space as the lead single “Lotus Flower” proves. Lotus defines an in-your-face bass as the main groove, and allows electronics/Thom’s processed voice to duck in and out of the forefront of the mix when necessary.

Leaving alone the technicalities of the disc, The King of Limbs on it’s own is quite beautiful. The gloomy tale, emotional piano, and beautiful string arrangement by The London Telefilmonic Orchestra, makes up “Codex”‘s blue state and is easily one of many shining moments throughout the record’s 37 minutes.

37 minutes? Yes, but it doesn’t feel like it. These are 8 wonderful tracks that sit nicely in Radiohead’s eclectic catalog and the “Lotus Flower” video will forever be a staple in 21st century music videos.

www.twenty20k.com
View all posts by 2020k | RJ Kozain →
This entry was posted in album review and tagged album review, radiohead, the king of limbs. Bookmark the permalink.

1 Response to Album Review: Radiohead – The King of Limbs