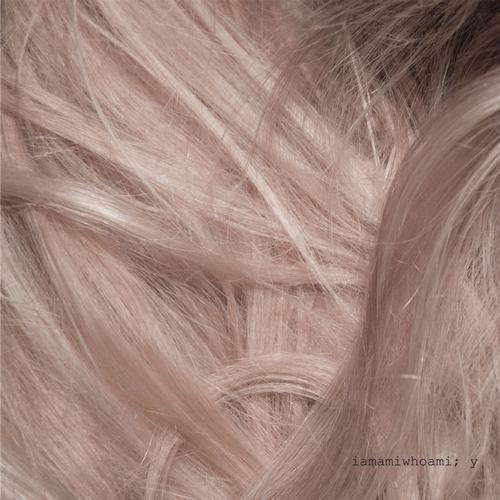 We’ve heard the remixes over the past few months via Soundcloud uploads and now  Beatport.com has an exclusive release of “y” by iamamiwhoami. This release comes in promotion for the physical release of bounty.

While the CD and digital version of Jonna Lee & Claes Björklund’s debut release have both been out since June 3rd, 2013, the vinyl contained some sort of delay which unfortunately pushed its availability back to July 26th, according to Iambounty. To support this information, three days ago, Sandbag and Cooperative Music sent out an email to purchasers which relayed “We have been told good progress has been made and the correct album is in process manufacturing.” They’re also expediting orders.

(If you’re wondering where the 2020k coverage of this record is, we’re waiting to hear the vinyl. Just like we did with kin, we want to hear the record on every platform possible before doing an all-out retrospective on it).

The first remix in the track listing is argumentatively the most unique. Joe Goddard of Hot Chip offers a laid back, stuttered and glitch-esque melody, while the stereo spread quacks of synthesized rhythm trudge through a classic four-to-the-floor kick and snare. What’s creative about this mix is the road of which it travels. The melody is more than a little hope in that it’s filled to the brim with full out optimism! The micro-beat sounds, which recall something that could be featured on a remix from Bjork’s Vespertine, quietly unfold, beautifully, keeping a focus on frequencies not as present in Lee’s vocals, so that when her voice comes through in the mix, the position in which it lays on is perfection. Bells continue unfolding, and we finally hear, clear as day, what Jonna is whispering in those highly delayed and disguised vocals in the song. “So many questions…who am I? What am I? So many questions. So many things that I..” After some backwards lyrics, which ironically sound very church-like, an ending arpeggiated, late-night-subway-home-dance melody comes into focus, finding the remix a final euphoric zone to completely thrive inside.

There is one small issue with the Goddard remix and it’s not the fact that a kick drum layer is panned more to the right channel. While it takes some getting used to, it’s a nice switch from the general perspective. It’s an outstanding composition, so it can be ignored, but you can clearly hear a clicking noise throughout the entire track. It seems intentional, perhaps adding to the electronic ambiance, but it plays more like the sound a digital loop makes before you add a millisecond fade to it…or the sound when someone’s jaw clicks.

Next? Moby. Obvious by now that the two are fans and connected within their respective careers, it shouldn’t come as too much of a shocker when these three collaborate. It started with the “After” remix this duo did for him, and now the favor has been returned. Speaking on the remix, Moby said “I first heard iamamiwhoami at a restaurant in London a few years ago. After hearing them I emailed my manager, Eric, and asked ‘have you heard of this band iamamiwhoami?’ and he wrote back, ‘yes, we manage them’.

When they asked me to do a remix for them I happily said ‘yes’, as iIm a fan of theirs. And when I heard the song they wanted me to remix I realized that I didn’t want to deconstruct it and change it, but rather just add melodic and structural elements to it, to enhance what they’d already done.”

Finally, Brodinski offers his sonic interpretation of the song infamous for being the first Google video result if you search for the letter ‘y’. A highly distorted, noisy synth-bass leads way for the darker of all of the remixes heard so far. It’s very industrial, very minimal and moody – which shouldn’t be surprising considering his work on Kanye West’s most in-your-face release to date, Yeezus.

Absent from the track list is the great original remix by Zoo Brazil, but all of the original remixes have been erased from the internet. Why? y?! We’re unsure. But, we hope you grabbed them while they were hot (especially the Tara Busch remix of “b”).

The original mix? It’s included on this EP, but you know what that sounds like…

A song of fire.

Grab your copy of y over at Beatport now. Released July 22nd, 2013. It’s also out on other outlets, including iTunes, on August 5th.