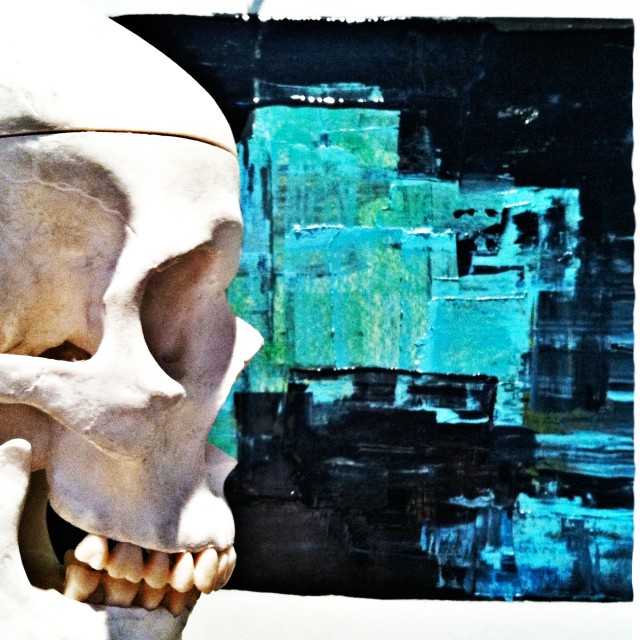 ATTENTION: This review is part of the extravagant 2020k giveaway. Click here to see all of the goodies we’re giving away. Win copies of Freezing Thoughts Creates Stability and Air is Movement by Wet Eyes, as well as other goodies by tweeting “#2020kgiveaway Wet Eyes Engulfs Self in Solo Projects, Collaborations, and Future Postcard Album @Twenty20k http://tinyurl.com/weteyes” or retweeting any corresponding tweets from the Twenty20k account with this hashtag! You can also like and share this article on Facebook for respective entries into the contest.

Ross Auger, aka Wet Eyes has had his ears dipped in a lot of different sonics since we saw him last in our infrasound and double-sided interview features at 2020k. He’s lent himself toward an interesting turn with the ambient rap scene called cloud rap and his Wet Eyes Productions imprint is flourishing with releases from himself, as well as the Contagion EP from 2020k.

Silver Lining [bandcamp]
First and foremost, a solo effort from Auger called Silver Lining was released in February 2013 and seems to be the tightest effort from his Wet Eyes moniker yet. Sometimes sounding a bit like a more dense version of something Akira Yamaoka would do on a Silent Hill soundtrack, it’s filled with eight experimental tracks that feature standard post-rock structures, the record spans over organic instrumental landscapes and interweaves with overlying guitar ambiance.

It’s a record that oozes mysterious sensuality and psychedelic-isms. “Matinee At Dawn” is the perfect example of how Silver Lining operates in that the delays on almost all instrumentation is delicately honed in to the source of which it derives from, while a spring reverberated rimshot takes it’s on the 2 & 4 beats, causing a warm downtempo vibe, while quiet sixteenth note hi-hat sounds and off-beat cymbal hits subtly ensure that the groove and vibe of the track are promptly carried on.

The glitchy “If Happens” recalls drum sampling of that on Moby’s Hotel: Ambient series,  while “Modesty Lost” strives for a repetitious melodic adventure of which rides on top of various drones. On the flip side, there’s a great experimentally mixed track called “Forceful Pond” that’s broods in its muddiness and utilizes muddy vocal samples to give it that dirty pond sound.

Contagion EP [bandcamp]
Ross was kind enough to allow me to release my “Contagion EP” through his imprint in March. It features a remix by him, as well as mastering work. There are also remixes by Kinesthetiac, Kamas (aka Nyetscape), and myself. All information in regards to this project can be viewed through an article I wrote upon the release. You can click here to view this.

Abstract Hat [bandcamp]
In the world of sub-genres, cloud rap is akin to a more conscious and delicate version of the derivative in which trip-hop music comes from hip-hop inspirations. It’s a downtempo spiral full of atmospheric sounds and urban percussion that Wet Eyes conquered in collaboration with emcee MonoPoleJoe on his record entitled Abstract Hat.

The song to look out for on this project is “Drunk (The Teeth)” which features a very trippy outro to the song that plays upon filtering, imaging, and distortion to bring a real life drunk feeling that is witnessed during the height and initial comedown of consumption. It’s insane, a path not taken musically by too many as it technically breaks down the entire mix of the song into an obscure path, but is brilliantly executed by the two and is one of the more interesting aspects of the rap project.

Although sometimes the flow and rhyme can be sub-par, the majority of this release is solid. In fact, “Messed Up” comes off a very folk sounding track without being forced, borders on a flow equivalent to the Dilated Peoples crew, and being one of the more straight-forward and sincere tracks of in this broad hat in the abstract.

Wolf Fluorescence/Wet Eyes Split
Ross Devlin is known under the name Wolf Fluorescence and released a split cassette release with Auger with a 28 minute track called “Bleach” as the A-side. The result of it is one lovely ambient piece, filled with a distorted piano sound that follows through the majority of the piece. It’s classical sounding at heart in the way aspects of the song come and go, and makes for an emotional ride that’s to be experienced in its entirety. It eventually drifts off into more brooding territory, using its oscillating synthesizers as a terrifying scene to build moods and vibes off of.

On the B-side, three Wet Eyes original spanning on the more experimental side to keep with the cohesive mood created by Delvin. There’s not much percussion, but instead focusing more on mood and affected sonics for the song to wander upon and find it’s own path.

Postcard Record [Fall 2013]
In a very unique approach to releasing, Wet Eyes is gearing up for the future and is looking to release his next record via post card. We’re wondering if this one will wind up making it to the front page of Postsecret.com, as Auger’s work does sound extremely true to the secretive heart, but regardless, it is definitely a great approach to releasing. What more information we have isn’t much, but when 2020k asked Ross to shed more light on the situation, we received the following response: “The postcard will present itself differently in a certain light.”