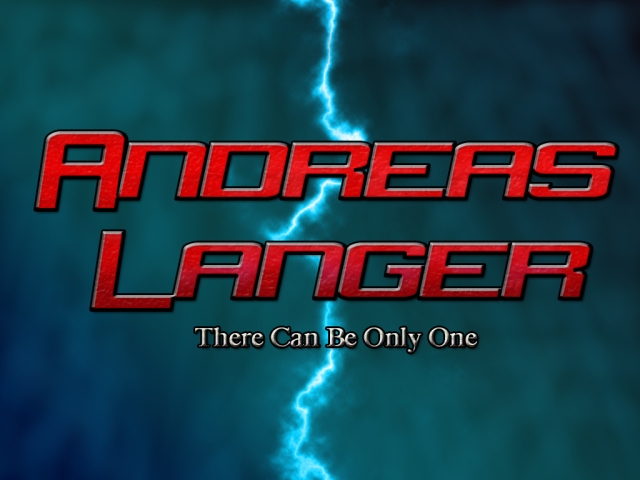 Andreas Langer continues the notion that Sweden is known for: intoxicatingly dangerous melodies bunched inside infectious musical pieces that thrive through layers of intricacy. Though finding fragments of the 28 year old dance artist’s catalog on the internet is sparse, through a bit of digging you’ll find a 2008 Basshunter Myspace Remix contest, which he won under a slightly different alias and vastly different sonic space. [iTunes]

“There Can Only Be One (Club Mix)” is the latest in productions by Langer that introduces main elements of progressive trance, and an induction of euphoric dissonance caused by reverberated and panned supporting synth lines. All of the bits are professionally introduced into the mix through precise balance and correct form of plugins. Mostly utilizing a Sylenth1 in FL Studio, amongst other instruments and samples, the heart of the musician is clearly shown through the careful craftsmanship that’s put into the careful planning of the track. The build is magical, mid-range four to the floor kick is hypnotic amongst the melodic currents of the Club Mix.

Speaking exclusively to us, Andreas Langer opening discussed his influences for this particular song. Vividly conversing, “I was very inspired by Eric Prydz style.” Continuing,  “Pjanoo and his remix of Midnight Express – Those were big influences when I made this track. I also thought a little about 90’s Axel F.”

The accompanying 80’s Highlander-footage and “there can be only one” sample move mountains of nostalgia by flashing backward in time as the updated, technological driven track is spun through a time machine both to the present and the past. While there’s a small guitar line in the midst of the song, it dives into a nod of even more transformation as the slight rock focus throws the accessible song some crossover life.

Andreas Langer, at the end of it all, just tells us to dance. The vocals fade into a hall, the quarter note kick and aiding percussive elements remain, until the last hit begs us for the next track. For now, there is only one, but we’re following Langer on Vimeo and Soundcloud in over-excitement for the next round of fantastic songs.

www.twenty20k.com
View all posts by 2020k | RJ Kozain →
This entry was posted in Infrasound, track review and tagged Andreas Langer, Axel F, Basshunter, Eric Prydz, Highlander, Infrasound, Pjanoo, There Can Be Only One (Club Mix). Bookmark the permalink.