Sine waves galore! This is just a little post letting you know about all of the amazing major and independent releases that have been announced and/or released in the last 72 hours!!!

First of all, we don’t even have to tell you about David Fucking Bowie dropping his first album in a decade. One of the most respected men in the industry decided to randomly give us an album title, tracklisting, new single, and video. How do you compete with that aneurism?! The Next Day will be released March 12th, 2013 with lead single “Where Are We Now?” leading the record.

Justin Timberlake (better known as “my husband”) tweeted a bunch of stuff, including a cool teaser video titled “I’m Ready” which features some vague studio stuff. 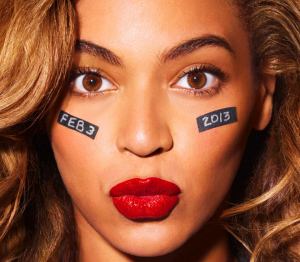 Beyonce’s team confirmed that her solo album could be due out as soon as April 2013. This approach is likely due to the fact that she will be headlining this year’s Superbowl. We have no details on the record, but we do know that Destiny’s Child is releasing a romantic compilation CD, titled Love Song, which arrives complete with the Timbaland Remix of “Say My Name,” the amazing deep cut “T-Shirt” from Destiny Fulfilled and a Neptunes produced new track called “Nuclear”. Due out January 29th, 2013 and an obvious capitalization on the Super Bowl performance, it’s nice to see a solid effort from the trio and would be a cute romantic soundtrack for Valentine’s day. Still smell the scent of your cologne..

How To Destroy Angels announced their first full length album, Welcome Oblivion for release on March 5th and premiered the music video for “The Loop Closes” from their An Omen_ EP.

Also..Uh, hello?!?! I just announced that I’m shooting the video for “Contagion” from the 2020kEP in the next upcoming weeks and the single (complete with four fantastic remixes) will be out as well!

With the year starting out like this, and a whole slew of fantastic independent releases like the upcoming Boreal Network project, and the recently released Wet Eyes’ Howling For Wolves compilation (which supports a Minnesota based movement of the same name), our brains are exploding and ready!