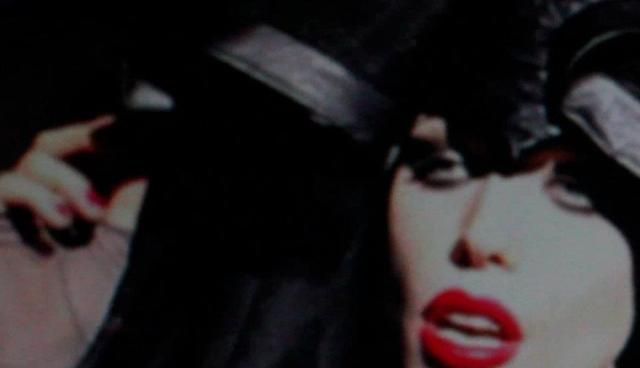 We were originally in denial when Crystal Castles started posting screen shots of their new video “Suffocation”. Their sophomore album Crystal Castles (II) has been available on the market since April 23rd, 2010 and three singles had already been released from it (four if you count “Doe Deer” which was released in conjunction with the beautiful lead single “Celestica”). Plus, rumors of the “Suffocation” video goes way back to September of last year with fan speculation on the band’s official forum and hopeful inquiries in regards to acoustic versions and remixes to coexist with the release.

Fortunately, while we still have no word on the additional tracks that will be released if this song will indeed be released as a purchasable single, the duo paired up with VS Magazine to present a fashion music video of sorts and has just officially debuted on the magazine’s website!

Singer Alice Glass wears some absolutely gorgeous apparel while Ethan Kath sits down in the director’s chair and makes a split second cameo about halfway through the imagery. (There’s a few times where you see the shadow of him and the camera as well, which is a nice added touch!)

While the direction itself creates glimpses of image experimentation, the video in itself is a simple 3:25 journey. Filmed in a superb abandoned mansion in New York City, it provides a broken down journey into the bleak, grey sonics the band has to offer and it the piece’s subtle movements that victoriously plays off of the rambunctious synthesizers, driving percussion, and floating/reverb vocals.

It’s sad to say that it’s an abnormality that we see an album promoted longer than six months let alone two years and it’s a strategy to be commended for if you ask us. Especially for an album as eclectic and tremendous as Crystal Castles (II).

We won’t have to resuscitate because Crystal Castles are breathing just fine on their own.