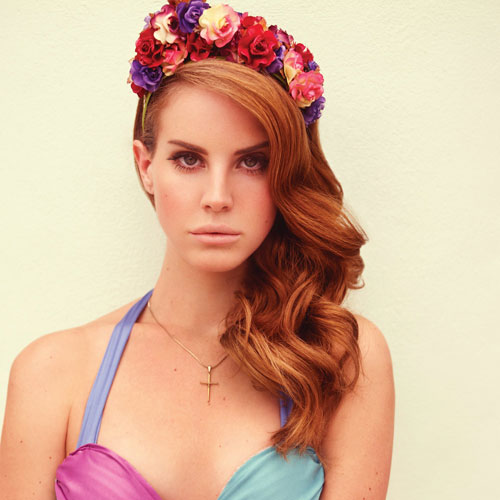 Lana Del Rey seemingly exploded out of thin air during the past couple of months. Nearly every blog on the internet began raving about the hauntingly atmospheric music and it’s accompanied nostalgic videos with acclaim tripling once news spread that some of the music videos were put together by Lana herself. After a win at the Q Awards for “Next Big Thing” in October of 2011, it became almost impossible to visit a website without an individual holding the self-proclaimed “Gangsta Nancy Sinatra” in high regards.

But, magnify some of the articles under a microscope and you see collective journalists attempting to build Ms. Del Rey up to ultimately attempt to tear her down.

This started after a few bloggers decided they would try to pin her as a girl with an identity crisis when knowledge of a previously released album in 2008 called Kill Kill under her legal name Lizzy Grant was learned of. But, how is it possible to hold an argument of such accusation when heavy hitter Lady Gaga released a Red & Blue EP under her legal name, Katy Perry did the same years before she began known under her moniker, and many other artists searching to find a door to place their foot through release albums under the same circumstances?

Even further, there began to be countless, pointless debates over whether her lips are real or not. The bickering quickly quieted when Complex Magazine inquired, with her return statement being “I haven’t had anything done at all. Anyone who’s known me will tell you that.” but that doesn’t stop the repercussions of rude comments that still run rampant through her YouTube videos and other aspects of websites that feature her.

Truth be told, passed the insignificant babble there didn’t seem to be any reason to donate anything but kind words to the rising songstress because no matter how much someone nit-picked about her looks or any other viewpoint of Lana Del Rey’s unexpected rise to critical pedestal, the talent and honesty undeniably backed her.

Anticipation was built to almost skyscraper heights (that was not a Demi Lovato reference) but it doesn’t take more than a few moments after Daniel Radcliffe disappears off the screen to understand that what you’re about to see isn’t going to be a flawless live rendition of Lana Del Rey’s “Blue Jeans”. In fact, there’s an instantaneous lack of stage presence, complete with brittle swaying, awkward arm movements and random walks throughout the stage that when paired with a few slews of vocal lines that fall undoubtedly  short of potential, seems to couple together an overview of gloomy skies for reasons beyond the drowsy and hypnotic flare critics and fans alike have come to adore.

One thing that needs to be kept in mind about this performance is that the days of artistic development, stretched out A&R meetings, and vast preparations for public artistic demonstration are long gone in the music industry, so shaky beginning performances are to be expected. Do we remember early Rihanna TV spots?

For proof passed the live aspect of the industry, look no further than a quick Google search for something as simple as “Adele Ex Boyfriend” and you’ll find pages upon pages of interviews with Pop artist using magazine interviews as therapy sessions against her lost love. Taylor Swift is also another candidate where we see the country megastar falling starry-eyed and starstruck over every other celebrity she meets and at every award nomination and win.

They’re not terrible aspects, if anything, we are granted more of a raw persona of today’s artists as opposed to previous superstars, but it can become a bit apparent when their novice shows.

While Lana Del Rey seems to be able to hold a position of poise when conducting interviews discussing her music, she is, to a point, no exception to this rule and as we watch her recent Saturday Night Live performance, we need to remember that we are watching a 21st century new artist striving to cope with the ambush of information on the entertainment industry almost completely on her own.

Regardless, it seems as if most persons disregard this fact and jump right for the jugular. Some cited Rey’s performance as “bombed” while others more harshly compared her to karaoke singers, and then we have mainstream outlet MTV who disrespectfully created the headline “Lana Del Rey’s ‘SNL’ Performance Has Critics Howling“.

It’s a classic case of a public figure giving an inch of vulnerability and their critics spinning it to appear miles worse than it really was, attempting to tear down bits of glimmer from all the initial sung praises.

Taking a look a things on a larger scale, veteran artists who’ve been involved in the industry for well over 10 years still seem to have the same struggles. Do we remember Christina Aguilera’s commercial failure for Bionic being blamed on her divorce? And more recently, speculation of R&B/pop singer Beyonce’s pregnancy being faked for publicity?

If the more experienced artists who started their careers at a time when longevity was key and artistic growth was socially acceptable in the industry are still having to defend their small downfalls for reasons minute and beyond their control because of media headlines and news blurps, what can we expect for artists being birthed in the Social Media Generation where artists are thrown into the cyclone, expected to release albums almost annually, and generate a year long schedule more hectic than most?

It wasn’t a flawless performance, but her segment on international TV show Jools Holland was far from the sight broadcasted on American television. Was it the nerves? Maybe. Could she have benefited from having a microphone stand in front of her to play off of and grab at times to distract the nerves? Possibly. Was it the worst thing we’ve ever seen in our entire lives? No.

There is in upside, which is that Lana Del Rey’s four song EP shot up to number two on the top iTunes charts after the performance, proving that art can speak for itself and still lavishes even in times of press turmoil. It’s even more impressive that consumers are buying this EP knowing full well that her upcoming January 31th, 2012 release Born To Die is coming up for release in the United States and contains all four songs featured on the EP.

What cannot be forsaken is that the music we’ve been given by this artist is stunning – both heartbreaking and heartwarming and for the love of music..we hope she sticks around.

Born To Die is available for pre-order from the iTunes store.