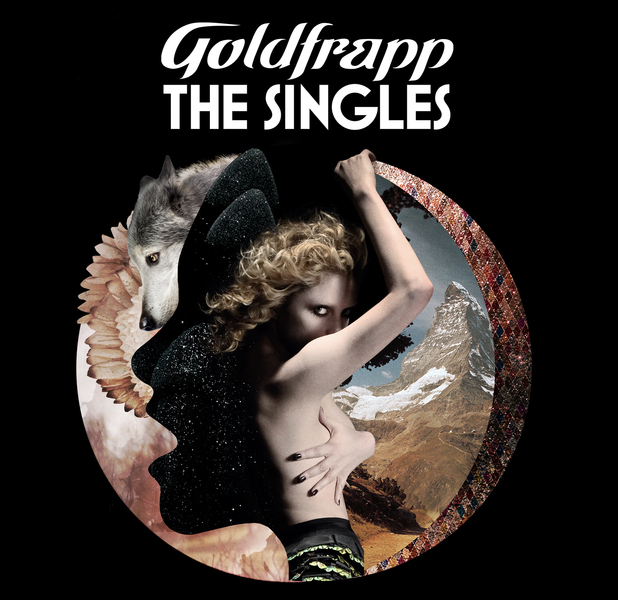 Goldfrapp has delivered some of the most original music seen in the Electronic music scene over the past 12 years and what a better way to celebrate, 5 albums, 5 EPs, and 1 remix album later than a best of collection, properly titled The Singles?

The release compiles 14 (out of 21 official releases) of the band’s biggest hits, plus includes two new songs, “Melancholy Sky” and the brilliantly composed “Yellow Halo” which was unveiled to the masses today via a music video released through their YouTube/VEVO account.

“Yellow Halo” is a throwback to Alison & Co.’s 2008 downtempo release Seventh Tree and includes layers of euphoric flowing strings and pads, with a synth bass driving the rhythmic sections of the track and a marching-drum esque snare a bit further back in the mix to give the track an extra driving force, but pulled back enough not to have the song sounding rushed along.

Perhaps the greatest part of the track is the chorus. There’s something absolutely beautiful about the simplistic vocal melody and the complimentary notes that are featured through it. We here at 2020k are not very good at musical notation, but we know the song is in the key of D♭ (correct us if we’re wrong) and below we’ve mapped out the notes to the chorus so you can sit down at the piano and bang them out a few times for yourself:

The video, put together by Lisa Gunning was shot entirely on an iPhone while Goldfrapp visited South America and has some awesome shots of the band setting up for a concert. Cables, faders, meters, drum sets, wires, water bottles and a legendary group of artists – who could ask for more!?

The Singles will be released on Feburary 6th, 2012 . Check out Goldfrapp.com for the track listing and more information.

(No lossless file available for this track yet, so we’ve saved the techie stuff. But, we’ll rate it a 5/5 because it’s an absolutely gorgeous song).