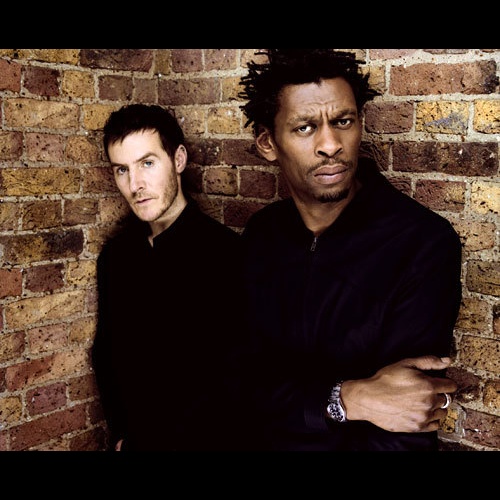 Well, this isn’t what we expected…

On November 30th, 2011 we blogged that Massive Attack posted a Facebook update with the word tomorrow and when tomorrow came we were not greeted with a digital release of the Four Walls/Paradise Circus (a collaboration with Burial), new demos, new material, tour dates, or anything that was being speculated on the internet about this sort of dark, mysterious, vague update. Instead, we were met with a Soundcloud page, which houses four DJ mixes, each running about an hour long, filled with music that supports the political movement Occupy London, with this project being called Occupy Radio.

Although some might meet this announcement with disappointment (and 2020k would be lying a bit if we didn’t confess a slight letdown), Massive Attack have always been active in the world of politics, so it should come as no surprise that such a project was put together and released in support of the Occupy movements that have been going on around the world.

If you’re looking for new Massive Attack music, this is unfortunately the wrong place for it, although there are three songs from the band featured on 3D’s mix. A slowed down mashed up version of “Teardrop,” a small snippet of “Angel,” the acclaimed Gui Boratto remix of “Paradise Circus,” and the Portishead Experience remix of “Karmacoma”.

Mixes by Robert “3D” Del Naja, Tim Goldsworthy (who remixed “Pray For Rain” and “Atlas Air” from the Heligoland album), James Hillard, and a Binary Rhythm set are all set up and filled with political downtempo, disco-esque, funk, R&B jams, as well as a version of Kanye West’s aggressive “Monster”.

We’ve listened to all four, love them, and appreciate the creativity that went in to making them and supporting this political activism. Very nicely done, boys.

Check out Robert’s mix below and support the cause by streaming all four mixes by clicking here.

Are YOU let down or satisfied with this announcement? Both? None? Let us know in the comments below!

PS – A small rant for anyone in Massive Attack’s camp is reading. Could you please release Four Walls/Paradise Circus MP3s? I understand that if you don’t go with any other sort of release, that the project was a novelty idea and those 1,000 people who bought the record are special. However, you’re missing out on bank, pleasing the fans, and it’s the only thing I don’t have in my collection from this band, so my “need all the items” complex is kicking in. Thanks in advance. (Maybe they’re saving the release for a full Burial/Massive Attack remix album like originally intended. This is my optimism kicking in again).