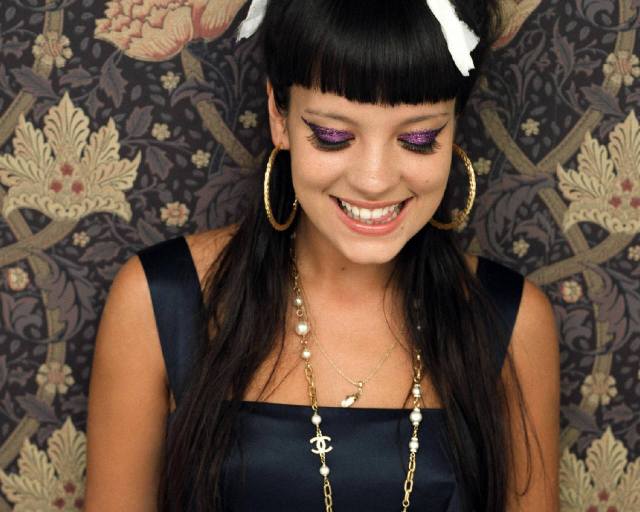 Lily Allen has teamed up with John Lewis to offer her first solo track in four years – a cover of Keane’s prestigious 2004 hit “Somewhere Only We Know,” recorded for the London based department store chain’s 2013 Christmas advertisement.

While originally, Lily mentioned that she abandoned plans for renegotiating her record contract and had no plans to make another album, it seemed to be only a matter of time to have her back after her pop ups over recent T-pain and P!nk hits (don’t get us started on how over-compressed “5 O’Clock” is – we quickly digress).

This cover marks the true end of Allen’s four year hiatus from the music industry.

In regards to the song’s composition, Lily Allen’s version of “Somewhere Only We Know” reinvents the original by giving it a snowy, stripped down, and linear feel to the song. This re-working gives a holiday vibe to the song without compromising emotional intent and lends itself to the month of December in the way “Just For Now” by Imogen Heap does; by evoking specific feelings without blatantly incorporating jungle bells and ho-ho-ho’s.

At the forefront of the song, like all Lily tracks, are her vocals. Beyond a good amount of compression, the  vocal layers remain untouched in terms of effects. A bit of reverberation thrives, specifically during the adlib portion of the song before the final chorus, but there’s not much beyond it.

In a world of sterile music, the live strings and simplified layers of “Somewhere Only We Know” is brilliant. What makes this cover stand out even more is the piano tracks recording. While some Keane enthusiasts may be agitated by the more sixteenth-note oriented piano melody, the actual recording method used allows for the wonderful mechanics of the piano playing to be heard.

How The Telegraph even thought of mentioning the Keane classic as a “forgotten indie ballad” let alone citing the advert as “the backdrop of an Animals of Farthing Wood Christmas special” (have they seen the forest-filled original video?) is beyond anyone’s imagination. “Oh simple thing, where have you gone? I’m getting tired and I need someone to rely on” is a goosebump moment for any version of this song and Keane’s hit finds itself one of the more heartbreaking, honest, and beautiful classic tracks released during the Coldplay oriented rock takeover of the early 2000’s.

Lily’s version of this song is both a warm welcome back to the music world (we hear there’s a new album with some feminist vibes in the works) and a hope from us that it will reign as Christmas number one this year on the UK singles charts.