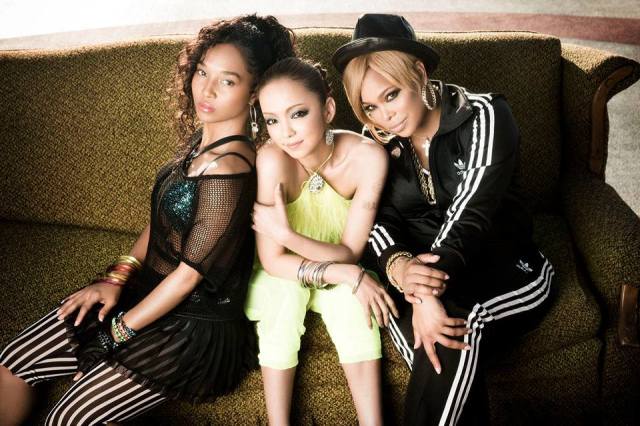 The celebration of TLC’s 20th anniversary has been spectacular so far. We have a movie coming out in fall with a new record to coincide with it, their return to the stage in July at the Mixtape festival in Hershey, Pennsylvania, and now we have two new releases from the girls! “Crooked Smile” with J.Cole and a revisit of their biggest hit “Waterfalls” with one of J-Pop’s biggest stars Namie Amuro.

“Crooked Smile” has officially been released on iTunes, with T-boz and Chilli being a part of the hook, as well as aiding wonderful layers of harmonies and adlibs during several sections of the verses. The song itself is very standard, modern Hip-Hop but always nice to hear from the girls! Especially this year!

“Waterfalls” is a re-recording of the track and will be featured on a Greatest Hits compilation in Japan. The track subtracts fallen member Lisa “Left Eye” Lopes and incorporates Namie Amuro, a stunning J-pop artist who has collaborated with TLC producer Dallas Austin in the past. Amuro transforms Lisa’s rap into a stuttered, sullen, jazz-esque melody, and feels more like a gorgeous tribute and homage than a replacement of vocalist.

In terms of the new arrangement itself, it’s smooth. T-boz’ vocals are stacked, creating the signature chorus effect, and thickening the vocal layers up subtly, as opposed to the original recording, which is more harsh in tone. This re-recording could’ve been a disaster. Take a look at Coolio or DMX’s attempts at re-hashing their hits out for new packages and they teeter upon alright to horrible. TLC does it well and serves “Waterfalls” up in a more mature, humble manner. Nicely done.

Pre-order for the Japanese greatest hits, featuring a DVD of live performances, all new recordings, and new song can be placed here.