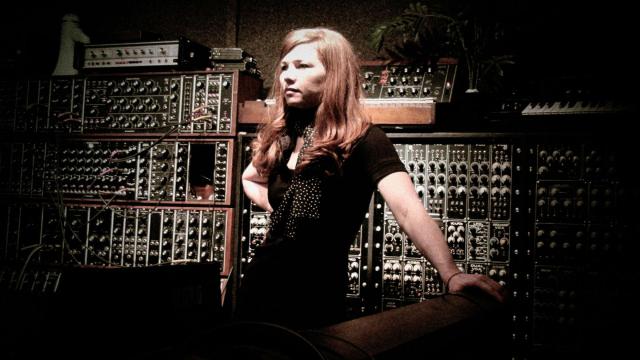 Hidden Gems is a a new infrasound series on this blog wherein I present to you my own random musical finds that I will subjectively pack into one combined blog entry. These gem entries are presented in hopes of these songs make their way from my playlist to yours. The majority of these releases are songs that’ve been dug up by surprise, that have taken me whole, and refused to let me go. It’s in promotion of music and the joy it brings.

Any genre, any timeframe, any artist.

All songs on Volume 1 are brought to you by finds on Soundcloud. I encourage you to follow these artists in whichever way you find convenient. I’ve placed their Soundcloud profiles here through embedding the featured song. While you’re at it, follow me through my own profile which is updated fairly recently with new unearthed (and recognized) projects and original material, located here.

Stockholm based Andreas Cavaco & Tim Lundblad make mature, Electronic soul on this cut from their January 2013 release Ego EP. “Heavy Weather” demonstrates Newtimers effective sense of great structural build ups and lyrical relation toward relationship tribulations. It’s very 80’s sounding, and bounces from barebones electro verses to full-out anthem sounding choruses that pulse and strongly motivate the listener to move through it’s metaphoric sonic spectrum. “Held my breath and clothes my eyes, held my breath but now we’re sinking down to heaven. Now she’s gone and so am I. No I’m sorry’s, no goodbye’s, Return To Sender.” Hope you have a sturdy boat because the entire five track release is stuffed full of these rough waved R&B goodies that cross the line between Naked Music recordings, George Michael, and Michael Jackson.

According to the official website, Monsieur Adi hit one million listens on his respective Soundcloud profile and it’s a no-brainer in regards to why this happened: the Paris based, Technofavrik affiliated artist’s productions are exquisite. Monsieur presents a warmth on the majority of the released unofficial remixes and original tracks that enraptures the ears and compliments the vocals of which the beats flow below. This is most relevant on his mix of Lana Del Rey’s “Born To Die”. A low bass rides through the entirety of the song, while sly production techniques occasionally pitch down the main vocal line as a means to not lift the composition from it’s hypnotic, after-hours groove. His remix of “End of Time” by Beyonce is also highly recommended.

We like Tara Busch (pictured above). She’s been brought on board to remix the likes of Iamamiwhoami, Bat For Lashes, Tori Amos and more, runs the gorgeous Analog Suicide blog alongside her husband Maf Lewis, and is one hell of an experimental musician/synth lover . Though released on her studio album Pilfershire Lane [Amazon] in 2009, “This Is Love” was unearthed to Busch’s Soundcloud profile for admirers of the original release and new followers to enjoy. It’s a progressive piece, complete with stunning vocal layers by Tara herself. The song comes packed with live drum instrumentation that ironically recalls the 1970’s psychedelic influence, especially at it’s climatic ending. Get it out…

04. “He Wanted to Read the Mind of God” by Vektroid

It’s glitchy. It’s ambient. It’s wonderful. Vektroid pulls one of his finest out on “He Wanted to Read the Mind of God” by combining various elements of the IDM world and making them into an accessible, layered instrumental journey. Sure, the headroom is lacking in the mix, but it’s dense, layered spectrum demonstrates lovely potential and talent, especially when you hear all of those lush melodies that are itching to be heard two times, maybe three, even twenty or for eternity on repeat. Very Warp sounding and we’re not complaining.

“My thoughts invaded by the memories we’ve had together. I know I really miss you..” Leila is filled with sorrow on this pop-perfect tinged track. Pitched down vocals, various dance derivatives, and powerfully infectious and in your face mixing techniques cause for “Sorry” to be quite the underground gem! The June produced song will take your heart inside its hand and by the end of the subtly morphing track, you’ll accept her apology and instantly want to replay the lament.