Infrasound: Miaou – The Day Will Come Before Long 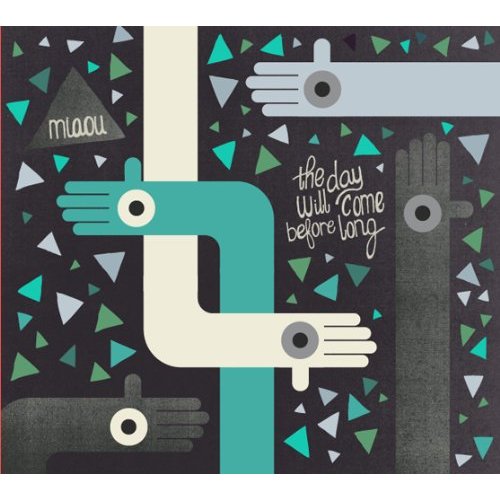 Miaou is a collective of musicians from Tokyo, Japan that formed in 2001 and became well versed in sophisticated song structure, dipped in dream pop sounding guitar melodies, clean and crisp percussion, minimal electronica inspirations, and manage to span across versatile soundscapes to form a solid affiliation of song and emotion. Comprised of Tatsuki Hamasaki, sisters Mayumi and Hiromi Hasegawa, and touring musician Yoichiro Hashimoto, the studio trio have put together four main studio releases, with the most current one drawing the optimistic title of The Day Will Come Before Long.

What’s interesting about independent music coming from Eastern countries is their vast attention to detail. Miaou is in someways reminiscent of Korea’s Donawhale (see “Echo“) in that stylistically the number of tracks in a given song don’t seem to span at too high of a number, but the precision in regards to the mixing process of each song give way to paint a vivid image that can span from omitting a vision of sunshine or even an emotion of a humanistic version of melancholy as opposed to melodramatic instances of demonstrative feeling. In a way, the mixing of Miaou’s music compliments the bands sound in the best way possible and maintains extreme amounts of noble integrity.

The opening track “notnotnot” is Miaou’s most abrupt track and introduction to this piece of art and begins with a filtered voice that states it’s all right because it’s all wrong. From this opening, which is the most electronic-infused offering on the album, it’s quite possible for perception to steer focused toward quite an intense listening experience. However, while this work of art does drift toward gloomy atmospheres, especially when it infuses bells with swelling synthesizers and warm bass lines, those same bass lines that project an anxious underlying turn out to be friendly and fearless. Quite often, it’s the bass lines that remains the glue inside of this record, and it’s apparent from the beginning track “Small Dream” all the way to it’s finish.

“Own Your Colours” and “Endings (which features Epic45)” continue this wide approach to sonic coloring, with their ever changing composition and melodies that barrow greatly from acoustic guitar and percussive instrumentation. “…Colours” shows off a more spacious mixing technique, with great use of traditional panning techniques which gives the songs more time to breathe and expand as opposed to a claustrophobic sound that a more mono oriented recording may suffer from.

While most of The Day Will Come… compacts bright sounds, it’s “Lost Souls,” which features vocals from Radical Face that causes the album to take a detour through a more somber attitude, with a mid-tempo that ironically contains lyrics about summers and winters, comparing and contrasting in a way, the essence of what Miaou has accomplished with this release: a natural, flowing guide enthralled with changing moods, blossoming melodies, and the build ups and break downs of what makes an exceptional album.