It’s been a busy first year for 2020k! There’s been lots of new music to put up, interviews with Nikki Jean, Sahy Uhns, Ilia Darlin, and Origamibiro (to be posted in January 2012). We’ve had giveaways, we’ve made connections, and most of all we’ve done what we love: writing about music of all different genres and bringing reviews, rants, and raves from multiple angles. We’ve spanned from music business trainwrecks, to engineering reviews of mainstream pop music albums, and started 2020k’s “Infrasound” for underground and up and coming musicians as a platform to spread the word. We’ve done it for the love of it. And we’ve done it for your entertainment.

By we, I mean me, RJ Kozain: Sole contributor to 2020k and workaholic. Between creating articles for the blog, I’ve worked on solo material, unofficial remixes and mashups, and my first official remix for a Roy Hessels track called “Slightest Touch,” all of which are housed on my Soundcloud. I worked through a horrible retail job in hopes of saving up money to move to LA to find an actual engineering job (but when a multimillion dollar corporation literally gives out $0.01-$0.05 raises to their employees, who can make a living?), and now seem to be striving closer to that goal with a new job and the possibility of becoming resident DJ at a local bar. Cross your fingers for me, please?

It’s been a busy year for me, but I still continue to receive a few thousand hits a month on this blog and I cannot thank everyone enough for sticking by me and sending the emails, Facebook messages, and Tweets that I receive. There will be a lot more coming in 2012 for 2020k (the blog and the artist) and I can’t wait to unravel the upcoming surprises!

It’s also been a busy year for music…which is the real reason we’re reading, right?

While 2011 was filled with mainstream dubstep/tiredly over-compressed electro pop songs, there are several that make this list that defy and shed light on what it means to be an actual well thought out and interesting pop song in the 21st century. Electronic, R&B, Hip-Hop, and rock favorites can also be found below.

10. Imogen Heap – Lifeline
Technology-driven Imogen Heap announced the release of a new song every three months until she’d completed enough for an album, with the first being a song written about a news story in which a bicyclist was peddling for his life during the deadly after effects of the Japan Earthquakes. “Lifeline” is the final result of a long stream of user recorded sound effects, live UStream sessions (that inspired the beginnings of 2020k), and other various aspects housed within the #heapsong1 mini site. A song, perfectly executed, honest emotional outpour, and revolutionary interactions makes “Lifeline” a flawless return to the music scene.

09. The Weeknd – The Morning
In 2011, Abel Tesfaye had us all confused after dropping the Drake endorsed free mixtape House Of Balloons. Was The Weeknd a group? Why the mysterious releases? Is Drake involved? Turns out, this 1990 born Ontario based R&B artist just understands how to build his fan base in the 21st century – by making good music readily available. “The Morning” combines chill out mixing with warm/cold pads, big urban kick and bass, and a minimal guitar melody while Abel lethargically combines unilluminated and dismal lines about nightlife. It’s all done in a refreshingly tastefully dark manner and after three free mixtapes released in one year from his official website, The Weeknd is still an unsigned act that we’re anxiously awaiting to see what the next step is.

08. The Roots – Make My (Featuring Big K.R.I.T & Dice Raw)
From the opening oscillating synthesizer line to the instrumental coda at the end, and all of the bits and pieces in between, “Make My” by The Roots illustrates a summary of sorts for their 10th studio album and first concept album, undun. The thing that gives this track the sonics to make the hair stand up on your arms is how warm the track sounds amongst all the despair within the song and album itself. A nice low-end melodic bass, a punchy kick, and ending harmonic vocal melodies engulf themselves around heartbreaking lines like K.R.I.T.’s “My heart’s so heavy that the ropes that’ll hold my casket breaks” and Dice’s “If there’s a heaven I can’t find the stairway” as a means to hold together the hopelessness musings written and unraveled on this intimate piece.

07. Bjork – Crystalline
Who can relate growth and overcoming anxiety by singing a song about how crystals are formed? Only Icelandic music veteran Bjork. “Crystalline,” the lead single from her iPad app-aided album Biophilia, combines the songstress’s signature strong vocal melodies with a custom made instrument called the gameleste and a drum and bass amen break climax. In a world where the Top 40 charts are flooded with It-Gets-Better-esque self esteem anthems, it’s  “It’s the sparkle you become when you concur anxiety” that creates an uplifting spark of optimism and creative niche for this song to uniquely flourish amongst itself in a league of it’s own..just as Bjork has been doing her entire career.

06. Solange – Left Side Drive
After taking the Boards Of Canada track “Slow This Bird Down” from their The Campfire Headphase record and adding vocalized verses over top of it for a revamp called “This Bird” from Solange’s sophomore, experimental R&B record Sol-Angel and the Hadley Street Dreams – she decided to give us one more, taking the track “Left Side Drive,” from Boards’ Trans Canada Highway, keeping it’s original title, and transforming it into an forlorn and melancholic song about always waiting on the other side of the road for a lover who drives around in circles and never gets too far. Solange stays a step ahead of the traditional rhythm and blues stylings of over-compressed dance music fusion of the 21st century with this song. Instead channeling something along the veings of Erykah Badu, sung with light, soulful, and right-minded excellence. 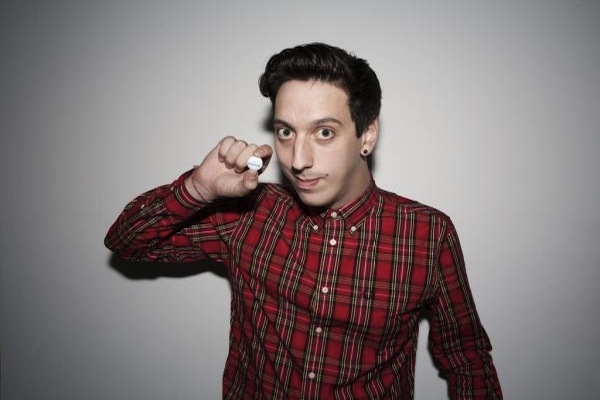 05. Starsmith – Lesson One
Earlier in the year, 2020k proclaimed Starsmith’s “Lesson One” as the summer track of 2011 and now we’re here to tell you that this song was played with the windows down, blaring from our car, almost daily. Now that it’s winter, the windows are up, but the song goes just as hard (possibly harder because of the lack of atmospheric pressure and wind no longer hindering our ears…but we digress!) Part Daft Punk inspired, but all Starsmith, Finlay Dow-Smith carries on, always impressing with sonic excellence by maintaining a conservative mixing technique, focusing on a number of ever-expanding melodies and grooves that collaborate with Alex Brake to deliver a sunshine vibe, reiterating a lesson in Love 101: forget unrequited love, go with the one that wants to make you feel a thrill. Thrilling doesn’t even begin to describe “Lesson One” and what we hope to hear from Starsmith in years to come! (Where’s that solo album?) 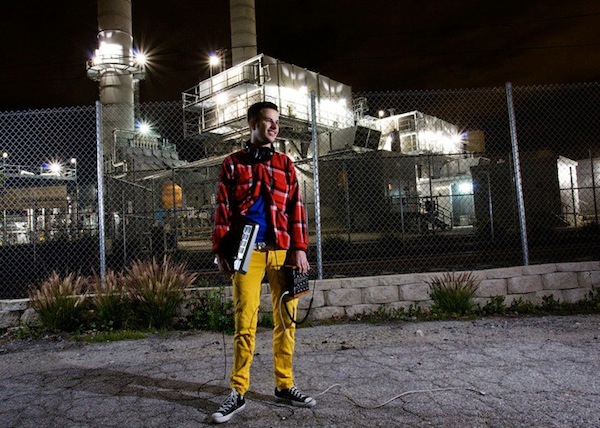 04.  Sahy Uhns – Montebello Postpartum
Sahy Uhns easily impressed us with his eclectic record An Intolerant Disdain of Underlings and artistic and technical thought process he presented to us in our exclusive interview with him earlier in the year, and it’s “Montebello Postpartum,” a track dedicated to a woman and her newborn child that really got us hooked! The amazing synth work, the catchy whistle, and rhythmic inability to prohibit the listener from giving the track a head nod from start to finish all come together to form a web of gorgeous underground Electronic sound waves that provide the openings of a Proximal Records debut album that’s one of this year’s most instrumentally personal.

03. Boreal Network – Corporate Training Video
Imperfect notes that bend in and out of tune, cheap synthesizer lines strung together in ways that make them sound glorious and melodically captivating are driven with up-to-date sounding, simple kick, snare, and hi-hat percussion that open the door for Boreal Network’s “Corporate Training Video” to start out 2020k’s Top 3 songs of 2011. A slight concept album, Means Business is best summarized through this song through it’s composition that’s meant to be something that could be heard through an actual corporate training video. A warped vocal speaks of doing your job and being nice to customers. Any retail worker who’s had to sit through hours upon hours of propoganda “training videos” understands all of the feelings this track portrays and does so in a nostalgic manner that’s up to par and at times miles ahead of instrumental electronic music. (Side note: As a blogger & audio engineer that recently got out of working retail at his local Target, Boreal’s Means Business is an interesting record that I could actually relate to in terms of it’s inspiration. A horrible, degrading corporate job meant to look appealing to those desperate for cash and consumers desperate to belittle working class human beings.)

02. Massive Attack Vs. Burial – Four Walls
Every single downtempo fan lost their shit when a strictly limited 1,000 copy vinyl of a two track EP entitled Four Walls/Paradise Circus was announced through Massive Attack’s website in collaboration with dubstep pioneer Burial. “Four Walls” is a slow building, deeply electronic and sampled track filled with Burial’s signature rainy day, dreary sonics and Massive Attack’s sinister edge. Ambient, Trip-Hop, Hip-Hop, and mournful melodies encompass this track’s almost 12 minute run and allow the boys to find ways to reach the core of human emotion through limitless creativity and forward thinking engineering. The ten minute build up drops off to give way to one of the most beautiful moments in music in recent time with a dense ambient landscape that ends with a fading four-to-the-floor kick drum that leaves the ear wanting more. More passion, more strength, more music that effortlessly paints an empty street, with one lonely person walking it. Thank God for the repeat button…Oh wait, this is vinyl.

01. Iamamiwhoami – ; John
On May 16th, 2011 unique Swedish 21st century digital era electronic pioneers Iamamiwhoami surprised everybody after a several month absence with the release of a new YouTube video and iTunes released song, “; John”. It’s a date that will live forever throughout the cult like followers of the group, as it signifies that with the conclusion of the BOUNTY series of tracks, there’s still more music to come. “; John” brings in an oscillating synthesized melody that cause a tripping-esque feeling if you’re listening through headphones and a gorgeous snare section that brings back rings of Portishead’s “Machine Gun”. Layers and layers of melodies and effects bring in a celebratory feeling of happiness in the break after the chorus and help bring a little bit of ironic light to some of 2011’s best lyrics: “May the God of me protect my soul/As I stay a little while longer in this dusty rabbit hole/To sing my song chained onto your bed”

The engineering on “; John” just as absolutely exquisite as the composition of the song itself. Effects run rampant to provide a dense soundscape, automation of layers help the overall ebb and flow, and front woman Jonna Lee has several different aspects of mixing to her vocals that range from full pop standard in the verses to a more stripped down, but fully mixed, almost folk music sounding chorus that lifts up with the final phrase to return it to it’s original form for the next verse. It’s an extremely well thought-out and unrivaled song all around and should be the direction that Electronic, pop, and music in general should take notes on and take direction in for 2012 and years to come.

What do you think about the list? Did your favorite song make it? Is there one missing? Let us know in the comments section below and don’t forget to like us on Facebook and follow us on Twitter for more news on all the artists featured in the list and much, much more to come in 2012 and beyond (that is, if the world doesn’t end..and if he does, we’ll just keep on dancing anyway, right?).