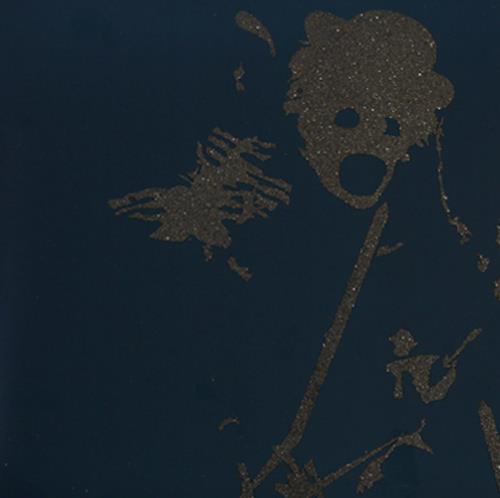 In 2009, Massive Attack’s Grant Marshall got all of of our Downtempo loving hopes up in an interview with Clash Music stating that Dubstep/Ambient Electronic artist Burial had been given access to the band’s latest release Heligoland and was to give it the the full remix treatment in the same way that Mad Professor had given to the band’s sophomore album Protection (which Mad Professor adoringly titled the Electronic-dub inspired album No Protection). Later, he would retract those statements stating he had one too many drinks when he made them.

While that retraction sure made an alcoholic out of the thousands upon thousands of fans eagerly awaiting to hear the record, we finally got what we asked for in a mini-package with the release of a 1,Limited Edition vinyl containing a a remix of Heligoland’s “Paradise Circus” and a Massive Attack Vs. Burial original track entitled “Four Walls”.

Interestingly enough, the band has released these Limited Edition, 1,000 copies pressed vinyls before with Splitting the Atom EP and Atlas Air EP both waiting a few days before finally selling out. The Paradise Circus/Four Walls record begun taking pre-orders on October 10th and as of yesterday (the eleventh) all one-thousand copies have been snatched up..and rightfully so. We are talking about Electronic music’s most looked up to veterans coming into contact with Ambient-Dubstep’s pioneer so it’s to no ones surprise that the response to this project has been quite massive to say the least.

Currently at 73,000 views on the official Massive Attack/Burial YouTube page, “Four Walls” is an outstanding 11 minute and 58 second trip into an extremely dense ambient landscape that holds more hints at a Burial sound than a Massive Attack one, but both influences can clearly be heard throughout the song. Rain, thunder, a warped atmosphere, and pitch shifted vocals create the mood for a signature Burial sound, while gritty and dark delays, reverbs, and bass-lines make way to the sound that Massive Attack has been known for since their Mezzanine days.

Rumors are that Hope Sandoval, who contributed vocals to “Paradise Circus” is also the vocalist featured on “Four Walls”. We’ve yet to confirm or deny this and do not have a copy of the record on our hard drive to mess with the pitch of the vocals yet.

As of right now, the only available way to listen to the track is through the official YouTube account, and while we don’t have a full resolution version of the track yet available, we are looking forward to the tentative October 17th, 2011 digital release of the two song project to give you a full review on the two tracks!

For now, close your eyes and take a listen to the track below. Dare I say it’s too short? And brace yourself for the three & nine minute marks. They’re jaw dropping.

PS – For those of you who had a chance to pre-order the vinyl before it sold out, as an owner of the Atlas Air EP 2020k would like to say that you are in for a treat! The glitter-artwork, done by Massive Attack’s Robert Del Naja is absolutely beautiful looking and the vinyl itself sounds great! For those of you who are kicking yourself for not finding out soon enough to catch the pre-order..I’m with you. Let’s mug someone before they sell it on E-bay for a few hundred dollars.

Leave a comment below letting us know your thoughts on the track!